Wales hold on for crucial win

Wales staved off a rousing fightback from Australia to claim a vital 29-25 victory in Tokyo on Sunday. CRAIG LEWIS reports.

As far as World Cup pool games go, they don’t come much bigger than this, and to their credit both Wales and the Wallabies certainly played their part in what proved to be an enthralling battle.

Prior to this clash, Wallabies coach Michael Cheika had opted to start veterans Will Genia and Bernard Foley as the halfback combination, but the move backfired as both players endured forgettable games and were replaced early in the second half.

However, there is no doubt that the Wallabies’ bench made a massive impact, and after trailing 26-8 early in the second half, Australia cut the deficit to just one point with 12 minutes to play.

In a thrilling end to the clash, Wales were finally able to enjoy the necessary possession and territory to hold out for a hard-fought, but key victory that sees them take a giant leap towards finishing top of Pool D.

Wales made a storming start to this clash. From the kick-off, they claimed a turnover through a superb counter ruck, and with just 36 seconds on the clock, Dan Biggar slotted a drop goal. The experienced flyhalf again came to the fore in the 13th minute when he set up a try for Hadleigh Parks with a perfectly weighted cross-kick before slotting the touchline conversion.

From there, the Wallabies did begin to mount a comeback and reduced the deficit to just two points, before there was another considerable swing in momentum just before half-time.

Referee Romain Poite penalised Samu Kerevi for leading with the forearm as he went into contact. Replacement Rhys Patchell – who had come on for a concussed Biggar – duly slotted the penalty and then virtually from the next kick-off, Wales scrumhalf Gareth Davies snatched up an intercept and darted away to score.

A sharp intercept from Gareth Davies that helped Wales on their way to a hard-fought victory against Australia.#RWC2019 #AUSvWAL 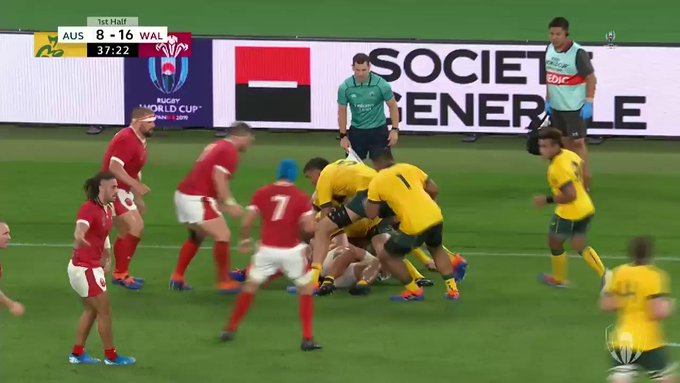 Soon after the restart, Patchell slotted a drop goal to open up an 18-point buffer, but then came another Wallabies fightback. First Dane Haylett-Petty and then Michael Hooper scored to suddenly make it a four-point ball game.

Yet, Wales ultimately did just enough to keep the gutsy Wallabies at bay and walk away triumphant.

FT – @WelshRugbyUnion survive a late fightback to clinch a narrow 29-25 over the @wallabies. #RWC2019 #AUSvWAL 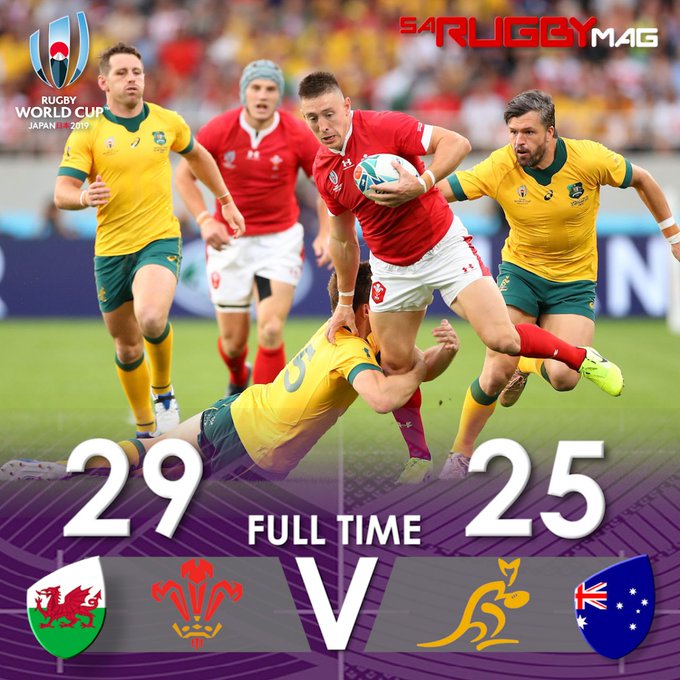