The imposing Le Golf National is the scene for this week’s Amundi Open de France where Erik van Rooyen starts as the highest place player in the Race to Dubai.

The in-form South African is looking to improve his eighth position with just a couple of events left before the Race to Dubai finals series. He is one of 10 South Africans in the field and while he is looking up, most of his countrymen have work to do if they want to extend their season further into November.

The Swede claimed a one shot win in July last year at Le Golf National but even more famous glory would come three months later at the Ryder Cup.

With team victory assured and the celebrations going on around him, Noren holed a monster putt for a birdie on the last to beat Bryson DeChambeau 1up and put the gloss on a 17½-10½ triumph for Europe.

After tossing his hat in celebration, Noren was mobbed by his team-mates on the green and he admits – even with ten European Tour wins including two Rolex Series events and two crowns on home soil – that moment will take some beating.

‘That was amazing, maybe the best moment of my golfing career,’ he said.

He begins his bid for title number 11 alongside home favourite Alexander Levy and two-time Major Champion Martin Kaymer, who won the tournament at this venue in 2009. 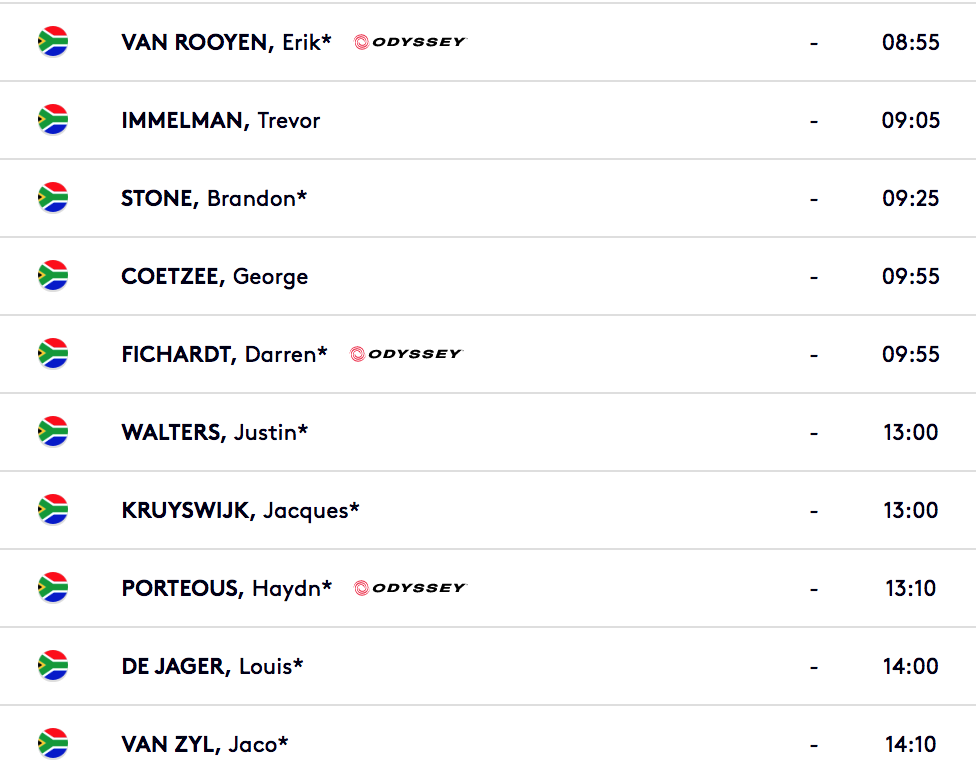