For the first time in nearly five years, Branden Grace has dropped outside the world’s top 100 after failing to make the weekend at the Shriners Hospital for Children Open.

The missed cut, which follows on the back of missed weekends as the Alfred Dunhill Links Championship, and A Military Tribute at The Greenbrier, has dropped the 31-year-old to 101st in the latest Official World Golf Ranking.

Between his most recent performances, the South African did not gain any points for his work at the BMW PGA Championship where he shared 60th.

In total, Grace has earned world ranking points in just two of his last 14 events; he missed the cut in half of those events.

As a result, he has dropped to sixth among the country’s best with Louis Oosthuizen still holding firm in 22nd place. Justin Harding (58th) is next best with Erik van Rooyen (63rd), Dylan Frittelli (94th) and Christiaan Bezuidenhout (96th) all above Grace.

Shaun Norris jumped 35 places to 115th in the world after winning in Japan. 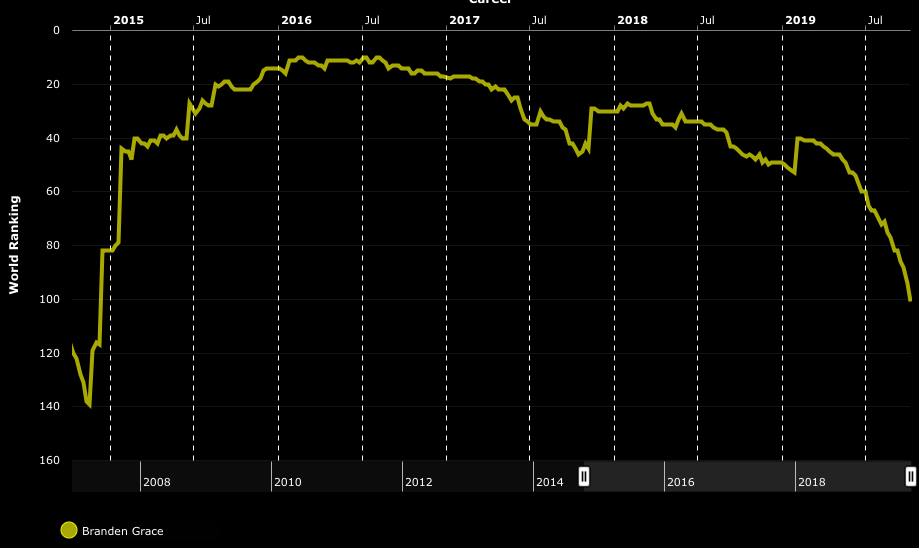